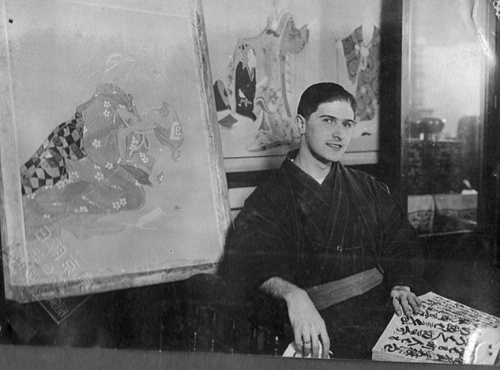 Paul Jacoulet is best known for his striking portraits of the natives of Asia and the South Seas. He designed over 160 woodblock prints and oversaw their production in his workshop. Following in the collaborative tradition of ukiyo-e printmaking, Jacoulet recruited talented carvers and printers who could duplicate the delicate lines of his drawings and watercolors. The exquisite quality of Jacoulet’s prints was due in great part to his exacting standards, and his use of costly materials like mica, crushed pearl and powdered metals.
Born in Paris in 1896, Jacoulet was raised in Tokyo from an early age. He was gay and like many gay Europeans and Americans enjoyed live much better in Asia than it would have been possible in Europe in those days.
Around 1931, Jacoulet began to work with Shizuya Fujikake learning the craft of woodblock printmaking. In 1933, he established the Jacoulet Institute of Prints and by the next year, he began publishing his own designs. With the exception of Jacoulet’s 1934 Rainbow Series published by the Kato Institute, all of his prints were self-published. Unlike many other shin hanga publishers, he gave credit to his carvers and printers by including their names in the margins of his prints. He was also known for having extremely standards for both carving and printing and would discard any prints whose impression was not excellent. In a 1946 article in TIME magazine, Jacoulet claimed to use the earlier imperfect impressions of his prints to paper the floor of his chicken house.
Jacoulet remained in Japan through World War II and continued to produce prints up until the time of his death in 1960. 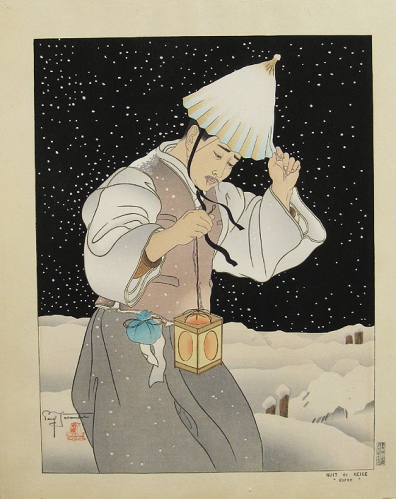 Year: 1939
Carver: Maeda
Printer: Onodera
Limited edition number: 118/350
Size: 39,2 x 30 cm
One of Jacoulet’s most popular prints, Nuit de Neige depicts a typical Japanese ukiyo-e theme. The print includes gofun, or ground oyster shells, to articulate the snow falling against the dark sky, and gauffrage, small embossing blocks, to suggest light emanating from the lantern. The presence of a contemporary landscape in the lower right corner is rare in Jacoulet’s oeuvre. Nuit de Neige also appeared in a smaller greeting card format that was sold as a set along with three other miniature prints, known as surimono. The proceeds from the sale of these greeting cards went directly to the families of the woodblock printers. These funds were sufficient enough to buy Tokyo homes for two of the printers who worked regularly with the artist. 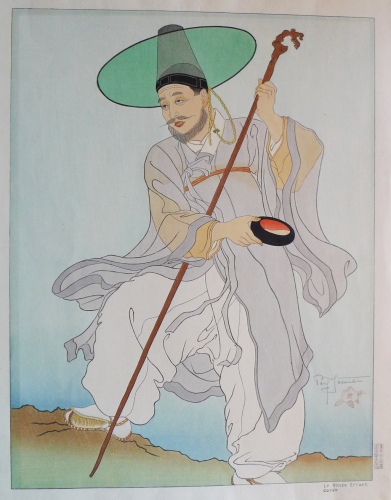 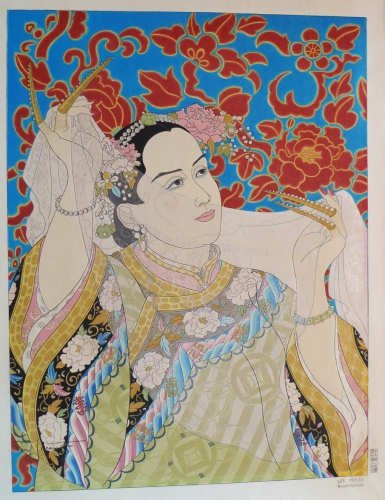 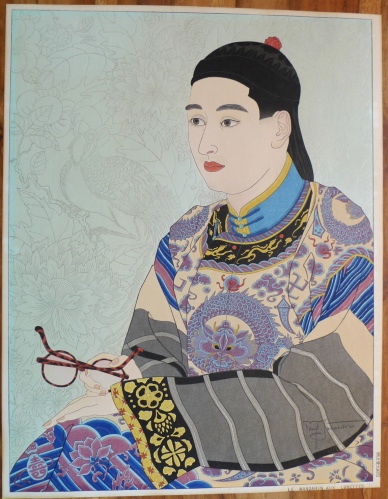 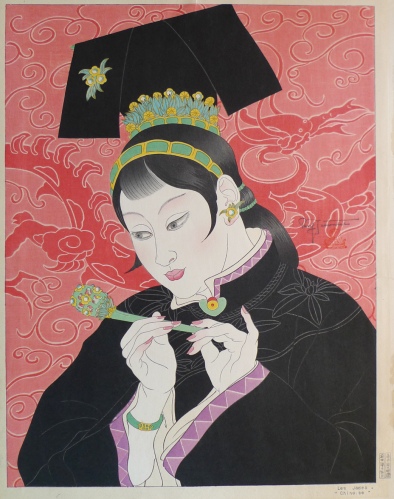 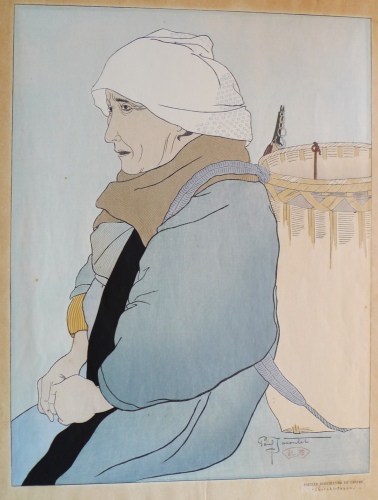 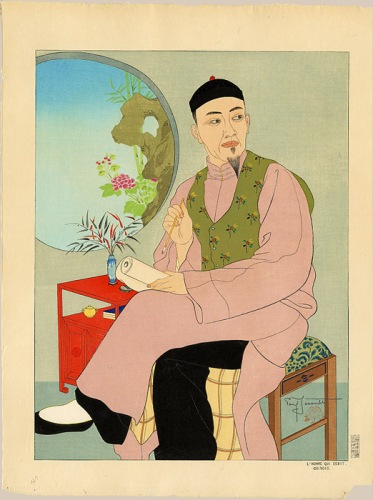